Ukrainian show business continues to conquer the hearts of fellow countrymen and conquer the world stage. The stylish music of our performers is not inferior to the hits of foreign stars, and we are proud that Ukraine is deservedly associated with high-quality sound.

What artists want to see at all corporate events, weddings and other events? 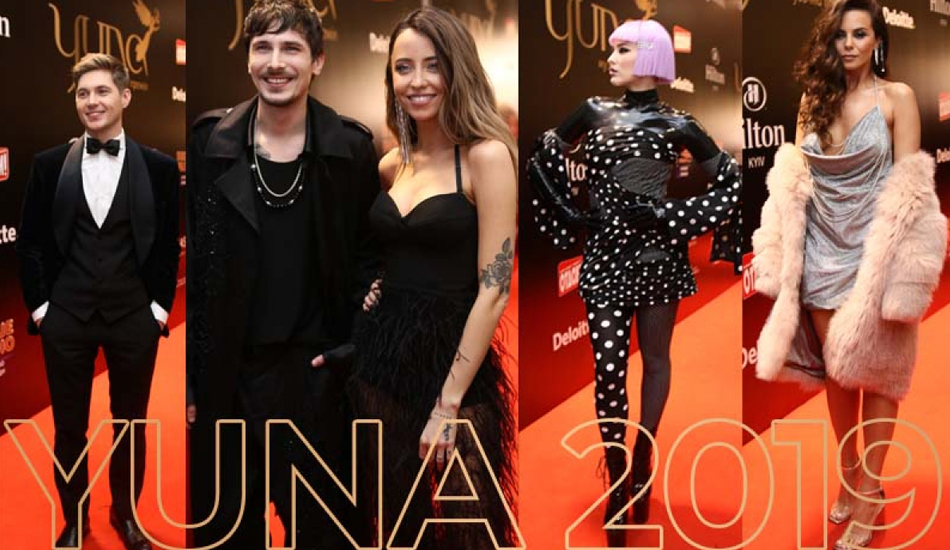 We compiled a rating of the most popular Ukrainian stars of 2019 / booking based on the results of the music awards “Yuna” and “Golden Firebird”, the popularity of clips on Youtube and the scale of concerts.

Zlata received two statuettes at once on the “Golden Firebird”: she won in the nominations “Singer of the Year” and “Best dance hit”. The best composers and musicians worked on her songs: M. Nekrasov, Constantine, V. Lisitsa, A. Lozovsky and The Maneken. The singer managed to take part in a concert of Montserrat Caballe and sing a duet with Andrea Bocelli. This summer, Zlata presented her new acoustic program, which included songs from the album “Grani” and other hits.

Oh, Nastya lately gives a lot to discuss, which keeps her rating in the media in top positions. During her solo career, the singer managed to shoot a few clips that collected great reviews on YouTube, get a statuette “Yuna” in the nomination “Best pop hit” for the Ukrainian-language song “Trimay”, learn Spanish and conquer Latin America. And NK just blew up the stage of the most large-scale festival Atlas Weekend-2019.

The winner of the “Singer of the Year” nomination of the “Golden Firebird” award can easily compete with Kamensky in creating shock content. Sergey loves to participate in naked photo shoots with his wife Snezhana, and during the recording of the album “Muzasfera” he also threw off his extra ballast: rings, watches and even a shirt. The great popularity of Babkin’s solo project began after the release of the hit “De Bi I”, as well as participation in the projects “The Voice” and “Dancing with the Stars”.

A favorite of women of all ages and a real record holder. Oleg Vinnik can be called the phenomenon of Ukrainian variety art! And we know the secret of his popularity: sincere love for his work and songs about real feelings. This year, the singer has pleased the audience with a bright duet with Potap.

In 2016, Jamal brought a victory at Eurovision to Ukraine, and in 2019 received a statuette of the “Yuna” music award in the “Best Performer” nomination. Jah continues to glorify the country on the world stage! Her English-language hit “Solo” tore up the British charts: the song took the 7th step of Upfront Club-30 and the 8th step of Commercial Pop Top-30.

This year, the band took two statuettes of the “Yuna” awards: the audience voted for them in the nominations “Best rock band” and “Best album”. HARDKISS loved in our country for a long time, but the real popularity came to the band after the release of Ukrainian-language tracks.

The group that made the whole world sing a Ukrainian song! Young performers also distinguished themselves at the “Yuna” award and were awarded two statuettes in the nominations “Best Pop Group” and “Best Ukrainian Song”. The hit “Crying” entered the top 10 of the world Shazam charts and collected more than two hundred million views on YouTube.

This year, the duo pleased with the release of the Ukrainian-language composition “Dym”, which was included in their new album. ViC always collects a record number of views of their vibrant video clips on YouTube, and their viral hits without asking are settled in people’s heads and live there for months. The new work “VISLOVO” was no exception: well-known bloggers YanGo and Sasha Chistova appeared in the video, and the plot surprised by its absurd mood.

The hearts of the fans and the actor sound in one rhythm, and the legs themselves go to the dance to his new and old tracks. The number of admirers of Dima’s creativity grows in a geometric progression: this year he managed to gather the full “Olympic”, about which a singer could only dream about a couple of years ago. The great solo concert of Monaca was broadcasted on the Instagram, so it captured an even larger audience than was planned. Dima received a statuette for the “Yuna” Award in the “Best Performer” nomination.

Honored first place we give to the most hyip and controversial actress! The opening of the year under the Yuna award and the winner of the Eurovision 2019 national selection was at the center of the scandal, but did not sign the contract, refusing further participation in the competition. But MARUV and before this turmoil managed to win foreign fans: her collaboration with BOOSIN has long been the leader in world music charts.