View Cart “Vitaly Kozlovskiy” has been added to your cart. 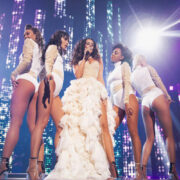 Nastya Kamenskikh – this bright and extraordinary personality will be a real highlight of any corporate party. Her concerts amaze with the large presence of special effects and bright…

Anastasia Alekseevna Kamenskikh known by her nickname NK – became a popular girl who conquered the Billboard chat and visited America with concerts, host, actress, stunning brunette, judge of the vocal show on the territory of Ukraine “X-Factor”, coach of the show “Voice of the Country”, author of NKblog and a unique instagram goddess.

This bright and extraordinary personality will become a real highlight of any corporate party. The stunning beauty is intertwined with the artist with clear vocals. Thanks to the seven years in which NK lived in Italy, her energy and fervor win the hearts of not only men, but also children. Previously, the star performed as a duet with Potap, but in 2017 Nastya began performing solo under the nickname NK.